Careful, considered design of your garden adds a new dimension to daily life as well as adding value to your home. We create beautiful gardens that reflect your personal wishes and needs, giving you the pleasure of enjoying your outdoor space to the full.
Learn more

Our skilled team care for and develop your garden. We work alongside you, helping you to develop your skills, or we undertake all regular border and shrub management; either way allows you to relish in the optimised gorgeousness of your garden.
Learn more

For centuries flowers have been used to signify important occasions in our lives. We create individual designs that resonate with your personality and style – always with flair and impeccable presentation.
Learn more

Imaginative, beautiful and professional horticulture bringing radiance to your home

Tip of the Iceberg

C
onceptual Garden, Hampton Court Palace Flower Show 2013, Stand No: IN/247 In a first for Hampton Court, and possibly the world, an iceberg is created as a garden. A re-imagination of the humble fridge: repurposed as a building block, recycled as a planter, refridgeration perfected, definitely not refuse. Reflected in a surrounding glass sea and filled with colourful alpines it is a beacon of hope within our resource constrained world. The Garden: A 3m high crystalline formation of 36 ‘end-of-life’ fridges donated by Zanussi, sees a strong central structure whose edges collapse, revealing open fridges planted as a ‘green-tinged jewel boxes’ with alpines representing different habitats. Salad drawers and ‘growlers’ appear to float in the raked
‘sea’ of glass crystals that surround the Tip of the Iceberg. Inspiration: The original realisation was that a fridge could be a ‘building block’ and, as the fridges’ icy, crystalline character was recognised, the idea of creating a ‘fridge mountain’ to comment positively on nuances generated by the structure, began to form. Shaped by John’s interest in the gravel gardens of Japanese temples - pioneers of conceptual gardening, and by Caroline’s love of plants’ colonising abilities and resilience, Tip of the Iceberg is a comment on the potential we have to make good from our piles of waste if we can think ‘outside the fridge’. As an ironic twist, none of the plants within the garden have been chilled or heated to ensure flowering for the Show! Learn More... 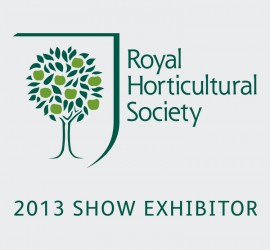 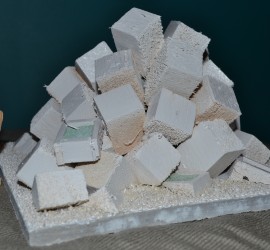 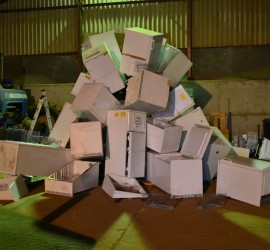 Tip of The Iceberg 31st May

Tip of The Iceberg 31st May
No Responses.

Tip of The Iceberg 31st May